Home Prices Pick Up Steam in Most Metro Areas during Second Quarter
Median home prices continued to rise in the majority of metropolitan areas in the second quarter, with the national year-over-year price showing the strongest gain in seven-and-a-half years, according to the latest quarterly report by the National Association of Realtors®.

Despite rising prices and higher mortgage interest rates, a companion breakout of income requirements to buy a median-priced home on a metro area basis shows most buyers remain well positioned to afford a home in their area.

The median existing single-family home price increased in 87 percent of measured markets, with 142 out of 163 metropolitan statistical areas1 (MSAs) showing gains based on closings in the second quarter compared with the second quarter of 2012. Fifty areas, 31 percent, had double-digit gains; one was unchanged and 20 had price declines.

Eight markets were added to the report in the latest quarter. In the second quarter of last year, 75 percent of all available areas showed price gains from a year earlier, and only 14 percent of markets rose by double-digit amounts.

Bill Lawton, 2013 President of The Greater Greenville Association of REALTORS® and Broker-in-Charge of Keller Williams Realty in Greenville, SC, said tight inventory is continuing to drive home prices. “There continue to be more buyers than sellers, and that is placing pressure on home prices, with multiple bids common in some areas of the country,” he said. “Higher interest rates are now causing sales to level out, but the tight supply conditions look to be with us for the balance of the year in most of the country. Areas with tighter supplies generally are seeing the strongest price growth, including markets such as Sacramento, Atlanta, Las Vegas, Naples, San Francisco and Los Angeles.”

The median price is where half of the homes sold for more and half sold for less. A shrinking market share of lower priced homes accounts for some of the price growth. Distressed homes2 – foreclosures and short sales generally sold at discount – accounted for 17 percent of second quarter sales, down from 26 percent a year ago.

Lawton notes areas impacted by judicial foreclosure are seeing more modest price increases. “In areas where foreclosed inventory still looms because distressed properties are mired in a slow process, lender and market uncertainty are holding back price growth. This includes areas such as New York City; Hartford; Conn.; and some markets in New Jersey.”

“Supplies in the low 5-month range can be expected for the foreseeable future,” Lawton said. “Steady increases in new home construction will help to relieve shortage conditions going into 2014, which would moderate price growth.”

Lawton said higher interest rates ironically may end up helping some buyers by making it easier to qualify for a loan. “Refinancing activity has slowed dramatically, yet banks have a lot of money and staffing resources, many of whom have less work,” he said.

“Banks now have an incentive to increase loan origination, which means they may dial back overly restrictive mortgage lending standards that have been in place since the crash,” Lawton added. “We are also optimistic that proposed federal regulations will ensure that creditworthy borrowers continue to have access to safe, affordable options for buying a home.”
A separate breakout of qualifying incomes to purchase a median-priced existing single-family home on a metropolitan area basis generally shows potential buyers were well positioned to purchase in the second quarter. Income requirements are determined using several scenarios on downpayment percentages, which assume 25 percent of gross income is devoted to mortgage principal and interest, with a mortgage interest rate of 3.7 percent.

In the condo sector, metro area condominium and cooperative prices – covering changes in 56 metro areas – showed the national median existing-condo price was $199,700 in the second quarter, up 12.2 percent from the second quarter of 2012. Fifty metros showed increases in their median condo price from a year ago and six areas had declines.

The National Association of Realtors®, “The Voice for Real Estate,” is America’s largest trade association, representing 1 million members involved in all aspects of the residential and commercial real estate industries.

“Every market is different, call a REALTOR® today.” 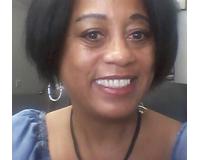 Back To School Already - Happy August, Y'all!Can you
Inching Closer To Summer - Well folks. We are still 4 days
Are You Ready To Sell This Spring In Greenville - Hey y'all! Welcome to April 2021!
2021 Housing Market Hot Or Not - Wondering about the 2021 Housing 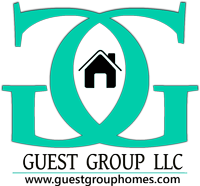 Back To School Already

Happy August, Y'all!Can you believe its almost time for back to school

Well folks. We are still 4 days away from the official summer solstice